The LFT-C: 666BHP, Supercharged V8 Supercar. The Knobbly Concept: A new supercar design for the future. The Knobbly Continuation. A relaunch of a popular racing car of the 50s.

Via a mix of effective client communications, authoritative press releases and agreed exclusive content Tonic achieved coverage from around the world both in digital and print form, stretching to thousands of pieces of coverage.

All major titles engaged, from the likes of Top Gear and EVO to hard to reach lifestyle press such as Elite Traveller, Luxury London and Boat International.

Engage with media from around the world to gain coverage and exposure for each new model.

“There are many reasons we’ve loved working with Toni and her team. Most importantly we get consistently glowing feedback from customers who attend Tonic organised projects” 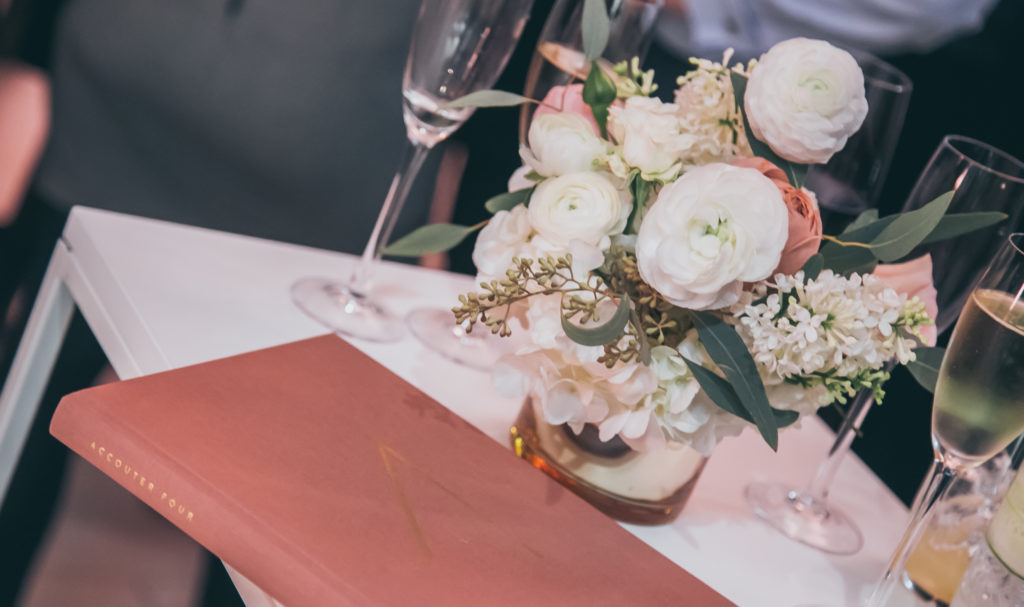 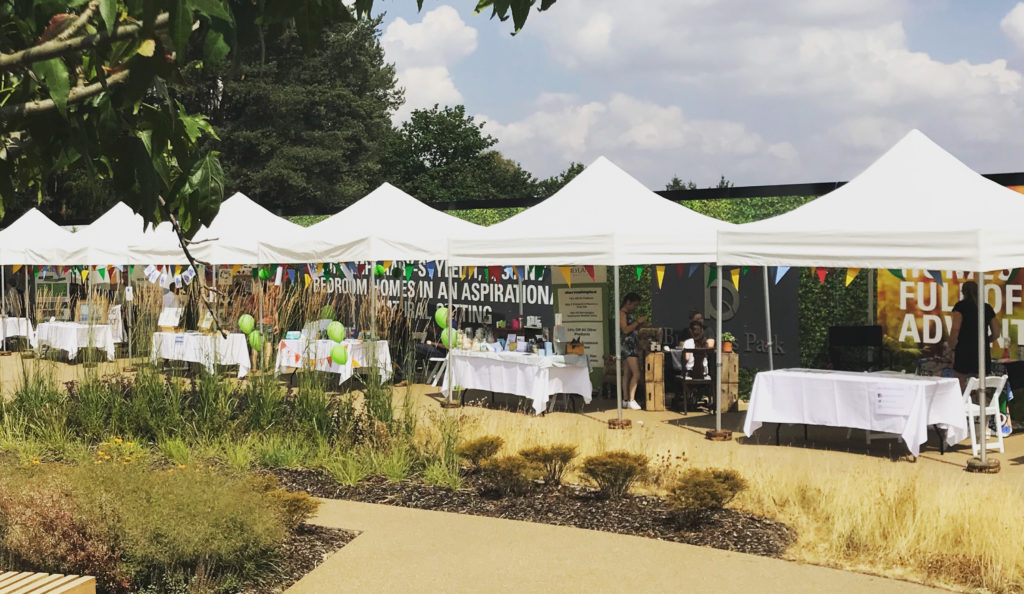 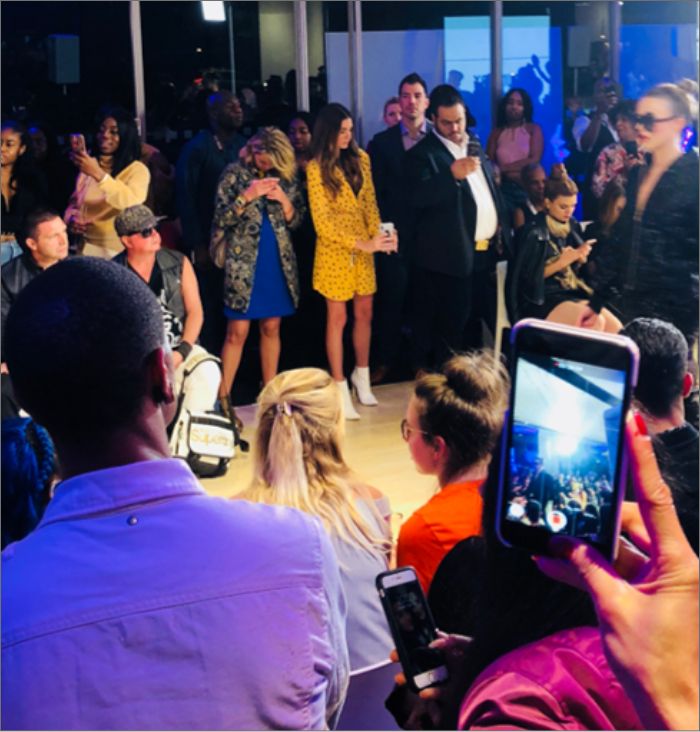 Festival of the Unexceptional

An annual event to celebrate cars that were once common, but are now rarities.

Far away from the £multi-million classic cars, this event celebrates the more relaxed side of classic car ownership, but with the same levels of attention to detail in location, logistics and presentation. Festival of the Unexceptional is now a cult event, known all around the world.

Through effective press releases, direct invites and curating and delivering content in an engaging way, the 2019 Festival of the Unexceptional welcomed record numbers of press at the event, recruited respected judges for the concours and saw record levels of coverage. Content highlights included Daily Mail, BBC Radio 4 (over 5 minutes), Daily Telegraph and Octane.

To gain the press attention the event deserves, and to welcome press to the event on the day.

“Paul is one of the few who will deliver on time, with excellent results.” 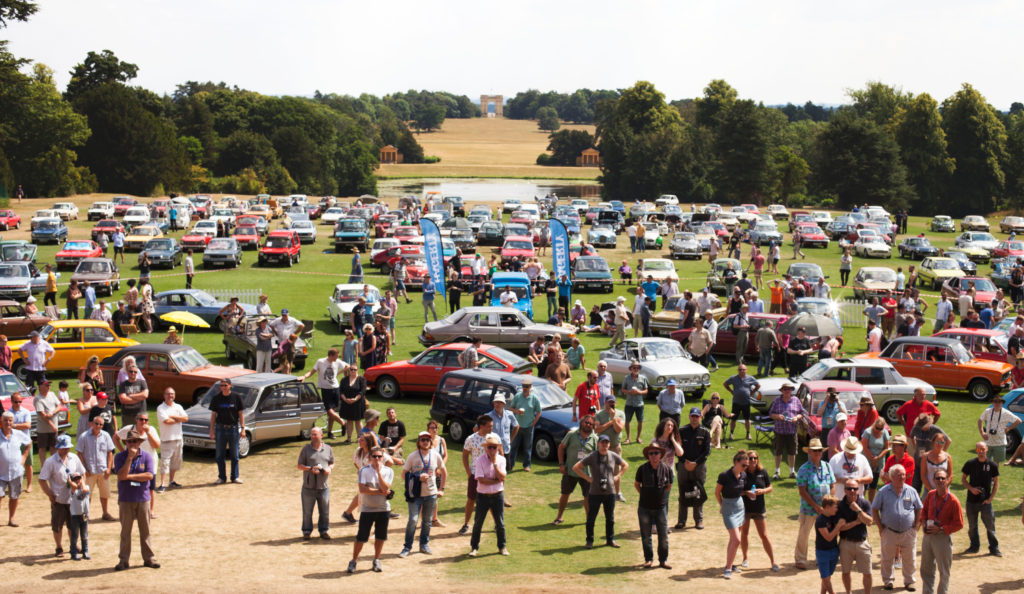 Festival of the Unexceptional 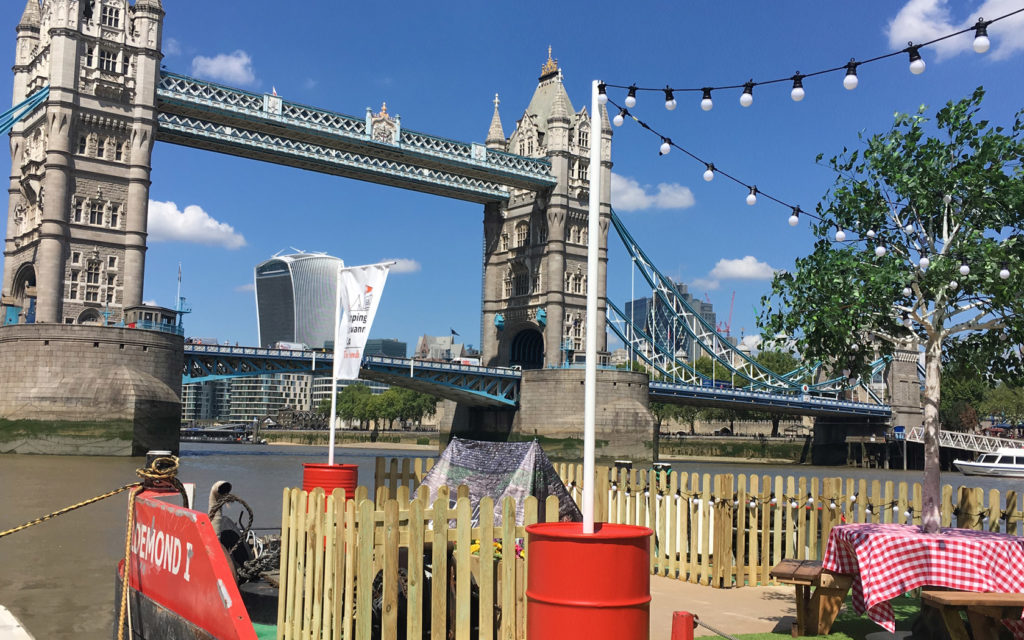 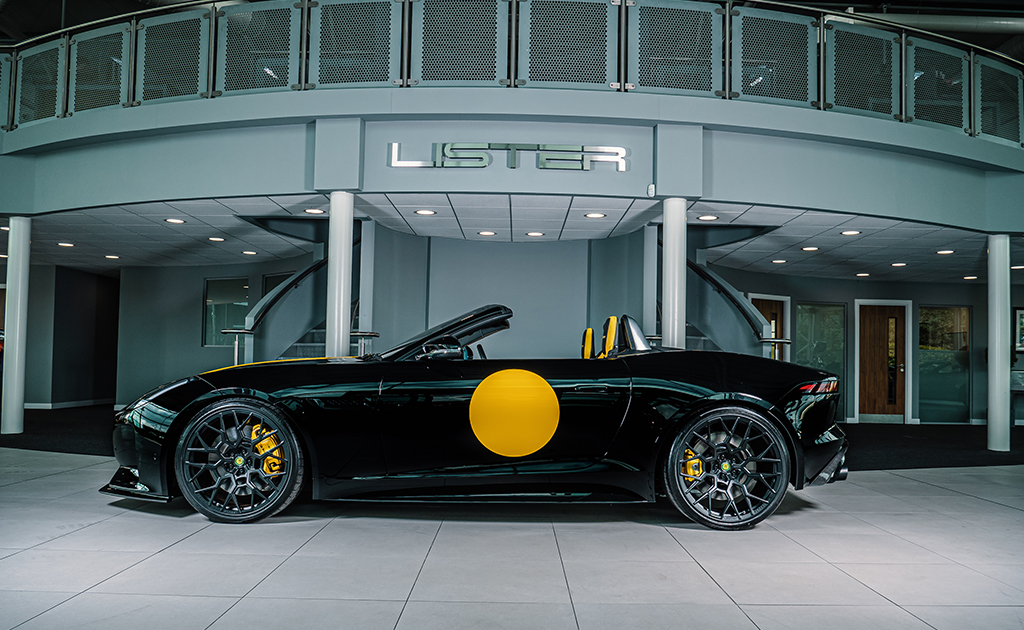 To celebrate the Centenary of the caravan, the CCC wanted to locate a caravan in an unusual, limited-access, central London location so that TV celebrity and CCC president, Julia Bradbury could spend the night.

To gain media coverage in national press and lifestyle publications, the PR stunt needed to be both unique in its approach and generate interesting visual content. We undertook several weeks of venue research leaving no stone unturned to find the optimum location including many London roof tops and unusual spaces, before finally creating a campsite on a barge, and floating it down the Thames.
We managed all the consultations with Port of London Authority and logistics for barge dressing and press activity scheduling.

The barge moored up by Tower Bridge, providing a spectacular backdrop of iconic London landmarks. Press were hosted on board at the campsite during the day, and in the evening, there was a party attended by TV celebrities Eamonn Holmes, Jenni Falconer and Christopher Biggins as well as CCC members and industry representatives.

The coverage received was at record levels for NCCW in terms of audience reached, quality of title and AVE with stories in This is Money ‘Mail Online’, The Mirror, The Express, Hello and Evening Standard to name a few.

Drive awareness and media coverage for the centenary year of the caravan ahead of NCCW.

“We worked with the Tonic team for National Camping and Caravanning Week, which is a major awareness campaign and calendar event for the Club. And it was one of our most successful yet. Paul, John and the Tonic team were great to work with, had a close eye on the detail and, importantly, had results and analytics always in mind. There was also a can-do approach, a sense of urgency when required and a determination to see the job through.”

Head of Communications and External Relations, The Camping and Caravanning Club 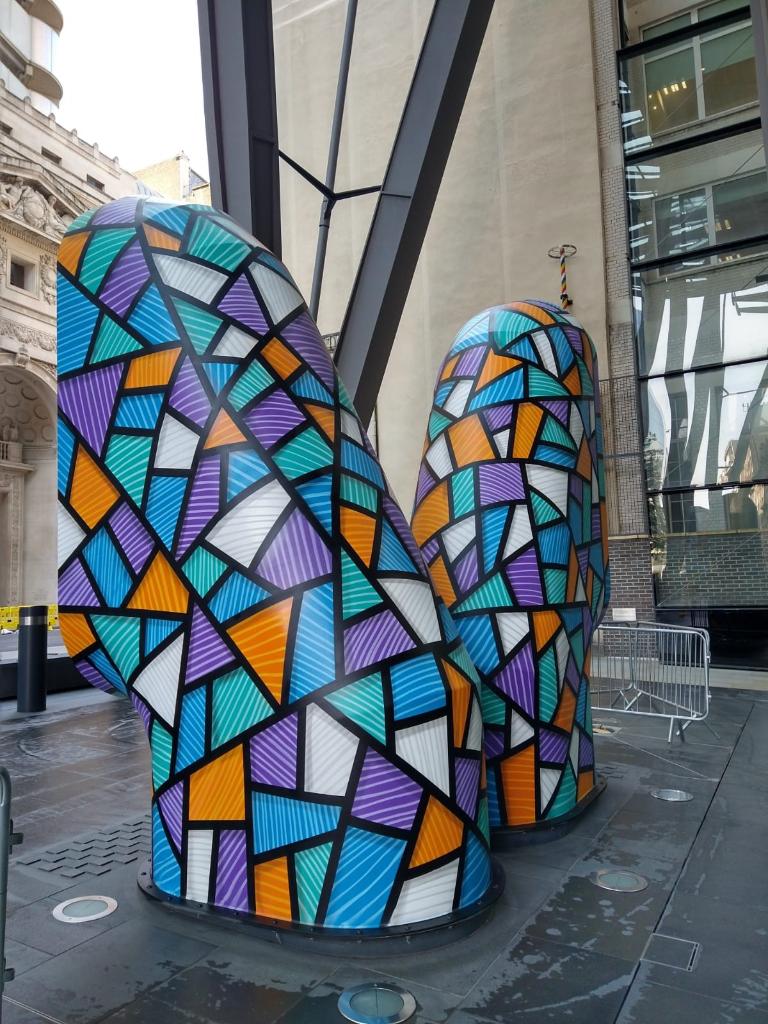 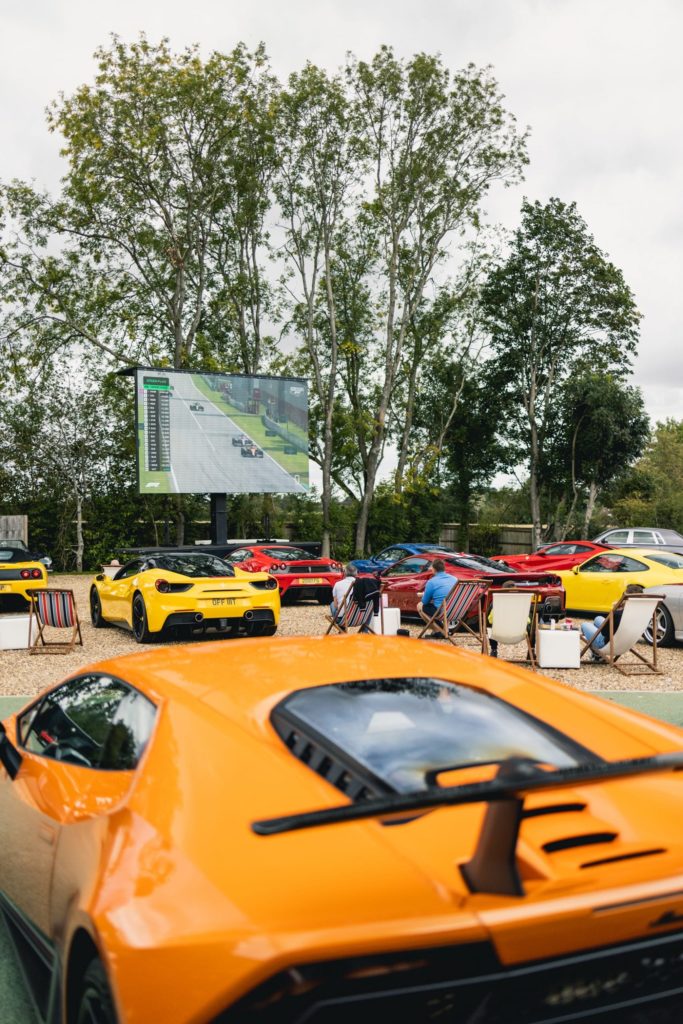 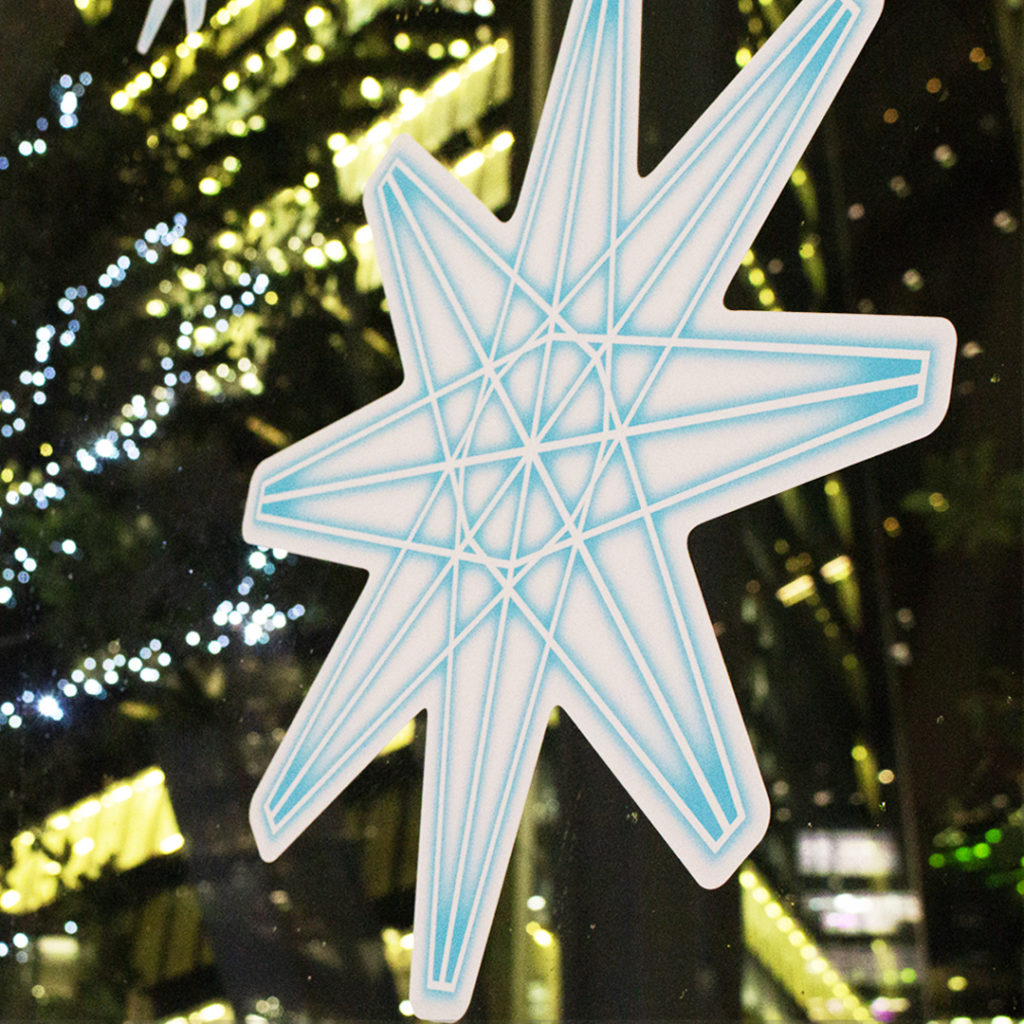 Christmas at The Leadenhall Building

Your browser is out-of-date!

Update your browser to view this website correctly.Update my browser now